Trivia Question: Do You Know Me? 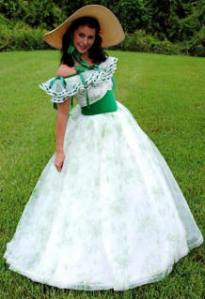 I was considered a great beauty in my youth and I married a Yale educated attorney. We had 10 children and over 50 servants (you would call them slaves). Our large estate is now part of a well known university with over 20,000 students. END_OF_DOCUMENT_TOKEN_TO_BE_REPLACED

ANSWER: My husband, John C. Calhoun, was Vice President of the United States under both John Quincy Adams and Andrew Jackson. He is one of only two vice presidents to have that distinction. (The other was George Clinton who served under both Jefferson and Madison). END_OF_DOCUMENT_TOKEN_TO_BE_REPLACED

Trivia Questions About the First Ladies by Gregory Hilton

QUESTIONS
1) Which brilliant First Lady used her own money to send 46 disadvantaged young people to college? The press never knew of her generosity and neither did her husband. He only discovered what she had done after her death. END_OF_DOCUMENT_TOKEN_TO_BE_REPLACED

QUESTIONS
1) Which President was able to secretly leave the White House over 20 times without the knowledge of the Secret Service?
2) Which First Family visited the National Gallery of Art and departed with 64 valuable paintings? The same president later visited the Gallery early one morning and was so impressed that he brought his family back after closing time that evening.
3) When Queen Elizabeth II enters Buckingham Palace the Royal Standard is immediately raised, and it is lowered right away when she departs. The same procedure is followed for French President Nicolas Sarkozy at the Élysée Palace. Why is this policy not instituted at the White House?
4) Which President received 99% of the vote in South Carolina, 97% in Mississippi but only 51% in Massachusetts?
5) Which First Lady wrote, “Was I the best wife for him, probably not.”
6) Who was our first Roman Catholic First Lady? Her husband was the father of 15 children.
7) Which future president was 32 years old when he proposed marriage to a 15 year old girl? She accepted at first but later broke the engagement.
8) Which two future presidents both proposed marriage to their future wives on the first date?
9) Which future president wrote a letter declaring his absolute refusal to participate in politics? He met secretly with the man who would be his future primary opponent. He planned to give the letter to him, but changed his mind when his opponent would not budge from his isolationist viewpoint.
10) Which First Lady said “Great minds discuss ideas; average minds discuss events; small minds discuss people.” (Editorial note: She should have added, “and really small minds compile presidential trivia!”)

1) For President Calvin Coolidge avoiding the Secret Service was a game, and he frequently explored the White House to discover new ways to sneak out. When he avoided his security detail he often went for a walk, and it was usually along busy F Street. All of the guards were alerted to the President’s hobby and many times they were able to catch up to him before he had gone too far. The story is told in Starling of the White House by Colonel Edmond Starling.
2) President Harry Truman needed art work in 1945 because the White House walls on the second and third floors were practically bare when the Roosevelt’s moved out after 13 years. Truman’s next visit to the National Gallery was in 1948 to see a special collection of art work which had been initially seized by Nazi Germany.
3) The United States always had the same policy as the UK and France, but this practice was suspended at the outset of WW II when FDR did not want to call attention to his whereabouts. The policy was not resumed when the war ended.
4) Franklin Roosevelt in 1936. It is interesting to note that the cotton South was completely Democratic while Massachusetts came close to being in the Republican column. Gov. Alf Landon (R-KS), the GOP candidate opposing FDR, received only 8 electoral votes, and won just two states, Maine and Vermont. New York had 45 Congressional Districts in those days and Florida had only five seats.
5) Eleanor Roosevelt from her “My Day” newspaper column which appeared just a week after her husband’s death. It is quoted in Eleanor: The Years Alone (1972) by Joseph Lash.
6) Julia Gardiner Tyler, the wife of President John Tyler, converted to the Catholic faith after she left the White House. Jacqueline Kennedy is the only First Lady who was Catholic during her tenure at 1600 Pennsylvania. She was married a second time to a divorced man in a ceremony of his Greek Orthodox faith, thus breaking her faith’s tenets. However, Jacqueline Kennedy Onassis did not convert and was buried with full rites of the Catholic Church.
7) Future President James Madison, 32, proposed to 15 year old Catherine “Kitty” Floyd. Her father was a signer of the Declaration of Independence, and Madison was frequently a guest at their New York plantation. The engagement was called off in the summer of 1783. Madison never again talked of the failed romance and all references to it in past letters to Thomas Jefferson were erased.
8) Lyndon Johnson and Richard Nixon. Nixon had a long courtship with Pat Ryan before she agreed to marry him.
9) Dwight Eisenhower was prepared to walk away from the 1952 GOP nomination, but changed his mind when he discovered that Senator Robert Taft (R-OH) was a vigorous opponent of NATO and the Marshall Plan. The story is told in Eisenhower’s At Ease: Stories I Tell to my Friends.
10) Eleanor Roosevelt in The Autobiography of Eleanor Roosevelt.