It’s 3 a.m., and your children are safe and asleep, but there’s a phone in the White House, and it’s ringing. Libyan fighter planes are bombing the rebels. For two decades Libya has been funding the FARC, which is responsible for two-thirds of the cocaine entering America. Libya ordered the murder of Pan AM Flight 103, and they trained and equipped practically every terrorist group. END_OF_DOCUMENT_TOKEN_TO_BE_REPLACED

The Verdict of History: Comparing The Bush and Obama Records by Gregory Hilton 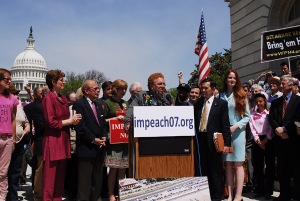 The Bush Economic Record
President George W. Bush came into office with a recession and left with one, but his overall record is admirable. For 24 quarters we had steady growth, a record not matched by any other President. The Bush tax cuts rescued the economy and provided the nation with low unemployment and continued growth for 5½ straight years. The Dow Jones reached an all time high, and the tax cuts got America out of the dot com recession. END_OF_DOCUMENT_TOKEN_TO_BE_REPLACED

Republican Reforms are Ready For The Slurpee Summit by Gregory Hilton 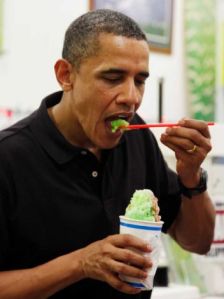 The President has a fondness for Hawaiian shaved ice rather than a 7/11 Slurpee, but it is close enough.

During the fall campaign, President Obama mentioned Slurpees 26 times. They were a standard applause line in his stump speeches and he usually said “We’re slipping and sliding and sweating, and the other side, the Republicans, they’re standing there with their Slurpees watching us.” In his conciliatory press conference after the election, the President suggested holding a “Slurpee Summit” with the new Republican leadership. END_OF_DOCUMENT_TOKEN_TO_BE_REPLACED

The Outlook for ObamaCare by Gregory Hilton

Rep. Fred Upton (R-MI), the new Chairman of the Energy and Commerce Committee, today said ObamaCare will be repealed by the House before the State of the Union Address. Upton said the real surprise will be the number of Democrats voting for repeal. Upton is predicting a two-thirds veto-proof majority. A veto proof (67 votes) majority does not exist in the Senate. END_OF_DOCUMENT_TOKEN_TO_BE_REPLACED

The End of the Pelosi Era by Gregory Hilton

At noon on Wednesday this sign will be replaced. After a four year absence, open rules and amendments will return to the House of Representatives. The Senate will no longer be run by a series of cloture motions to cut off debate. END_OF_DOCUMENT_TOKEN_TO_BE_REPLACED

New Census Data: Can Obama Be Defeated in 2012? by Gregory Hilton 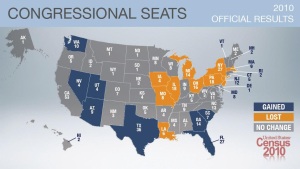 The new U.S. Census data has now been released and the 12 new Congressional Districts are shown on this map. All of my predictions last night were correct except 1) They created 12 new seats instead of 11. 2) It was WA and SC that gained seats rather than CO. 3) The final state to lose a seat was PA. One seat gains were made by AZ, GA, NV, WA, SC and UT. Two for FL and four for TX. END_OF_DOCUMENT_TOKEN_TO_BE_REPLACED

Ten Republican Senators have endorsed the START Treaty and it will pass today. This morning Lamar Alexander (TN) and Johnny Isakson (GA) both came out for START. The President wrote to Alexander last night promising to modernize U.S. nuclear weapons. Right now Senators Barrasso, Kyl, DeMint, Sessions, Graham, Thune, Hatch and Risch are holding a press conference against the Treaty, but it no longer matters. The administration clearly has enough votes for passage. END_OF_DOCUMENT_TOKEN_TO_BE_REPLACED