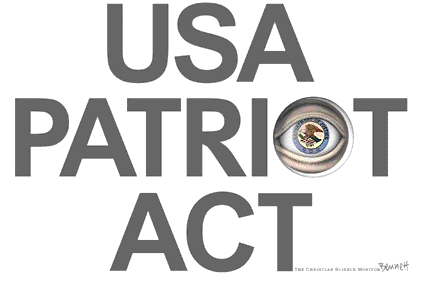 The arrest of four men in New York earlier this week for planning to bomb synagogues and shoot down military aircraft underscores the progress the U.S. intelligence community has made. The videotapes show the four men were enthusiastic participants in this plot. It does appear that the head Imam of the Masjid Al-Ikhlas mosque and others need to explain their actions. They were aware of offers of $25,000 payments to commit terrorism and they did nothing.
“It’s hard to imagine a more chilling plot. These were people who were eager to bring death to Jews, and they are extremely violent men,” said Assistant U.S. Attorney Eric Snyder. FBI Special Agent Robert Fuller said, “The information provided by the informant during the course of this and other investigations has proven to be accurate and reliable and has been corroborated by other evidence.” NYC Mayor Michael Bloomberg said “I think we should walk away from this feeling better and safer about New York than ever before.”
Many stories such as this have appeared since 9/11. Potential terrorists are now in custody because the USA Patriot Act has been successful. Because of this legislation for the first time the FBI and the CIA can work together. Various federal law enforcement agencies are now collecting and sharing information, and they have gained access to information and communications of terrorists that was not possible in the past.
Before the Patriot Act, the FBI and the CIA were prohibited from communicating. The legislation enabled the monitoring of conversations among multiple terror suspects more quickly and efficiently. It was necessary because terrorists often discontinue their phones lines or change cell phones frequently.
It gave law enforcement agencies permission to listen in on any phone being used by a terror suspect. Prior to the Patriot Act’s passage in October 2001, law enforcement could wiretap only a landline — and authorities needed to acquire separate court approvals for every phone line they tapped. The Patriot Act recognizes modern technology, and blackberries and disposable cell phones are no longer safe for them. Voicemail can be accessed through a search warrant rather than a court order.
In March of this year FBI director Robert Mueller said the Patriot Act was “exceptionally helpful.”
As recognized in the Declaration of Independence, the first responsibility of government is to preserve the lives and liberty of the people. Within the boundaries of the Constitution, the Patriot Act has been an enormous success in stopping the people who want to kill Americans on U.S. soil.
Instead of providing a single example of the Patriot Act being misused, opponents make frightening, unsubstantiated claims that the Patriot Act is a virtual roll back of the First Amendment.

The ACLU has lead the opposition to the Patriot Act since 2001.

The USA Patriot Act was enacted in 2001 and reauthorized in 2007. Despite the lobbying efforts of organizations such as the American Civil Liberties Union, the Obama Administration is not seeking the repeal of the Patriot Act nor are they requesting any major modifications.
The ACLU’s Capitol Hill champions are Senators Russell Feingold (D-WI) and Sheldon Whitehouse (D-RI). Speaking of his opposition to the Patriot Act, Senator Whitehouse says, “The privacy of American citizens is a core value in our society, I think this is our next really big civil liberties issue.”
Many of the tools the Patriot Act provides to law enforcement to fight terrorism have been used for decades to fight organized crime and drug dealers. These provisions have been reviewed and approved by the courts on numerous occasions. As then Senator Joseph Biden (D-DE) explained during the floor debate about the Act, “the FBI could get a wiretap to investigate the mafia, but they could not get one to investigate terrorists. To put it bluntly, that was crazy! What’s good for the mob should be good for terrorists.”
The USA Patriot Act removed the major legal barriers that prevented the national security community from talking and coordinating their work to protect the American people. Now police officers, FBI agents, federal prosecutors and intelligence officials can uncover terrorist plots before they are completed. As former Senator John Edwards (D-NC) said about the Patriot Act, “we simply cannot prevail in the battle against terrorism if the right hand of our government has no idea what the left hand is doing.”
The USA Patriot Act was passed nearly unanimously by the Senate 98-1, and in the House of Representatives it was enacted by a huge 357-66 margin. On March 2, 2006, Congress passed the USA PATRIOT Improvement and Reauthorization Act of 2005 with strong bipartisan support. The vote in the Senate was 89 to 10, and it passed the House by a 251 to 174 vote margin.
At its heart, the Patriot Act streamlines communications between varying agencies that can work together to investigate terrorist activities. It also provides for easier and less cumbersome means of investigation and surveillance. Furthermore, the Act also provides increased funding for victims of terrorist attacks and their families, as well as for the rebuilding of business and infrastructure that are damaged by terrorism.
The ACLU claims the Act permits the FBI to conduct secret searches and to “secretly record telephone conversations for the purpose of investigating crime even though the FBI does not have probable cause of crime. It authorizes unconstitutional activity – searches and wiretaps in non-emergency circumstances – for criminal activity with no showing of probable cause of crime.” The truth is that a surveillance or search can be ordered only if the court finds that there is probable cause to believe that the target is a foreign power or an agent of a foreign power.
The ACLU also claims wiretaps “pose a greater challenge to privacy because they are authorized secretly without a showing of probable cause of crime. This represents a broad expansion of power without building in a necessary privacy protection.” For years, law enforcement has been able to use “roving wiretaps” – in which a wiretap authorization attaches to a particular suspect, rather than a particular communications device – to investigate ordinary crimes, including drug offenses and racketeering. The authority to use roving wiretaps in drug cases has existed since 1986. The Patriot Act authorized the same techniques in national-security investigations. A number of federal courts have ruled that roving wiretaps are perfectly consistent with the Fourth Amendment.
Another outrageous claim by the ACLU is that Patriot Act “Expands terrorism laws to include ‘domestic terrorism’ which could subject political organizations to surveillance, wiretapping, harassment, and criminal action for political advocacy.” The ACLU also says the Patriot Act includes “provision that might allow the actions of peaceful groups that dissent from government policy, such as Greenpeace, to be treated as ‘domestic terrorism.'”
The truth is that the definition of “domestic terrorism” is extremely narrow. Individuals and groups would be eligible for surveillance under this definition only if they engage in criminal wrongdoing that could result in death. Law enforcement would have to show that the conduct appears to have been committed with a specified terrorist related intent.