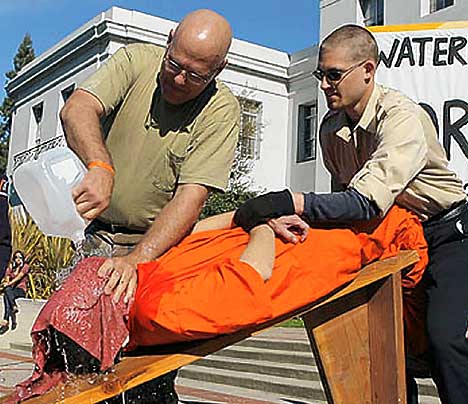 President Obama’s decision to release the so-called “torture memos” remains controversial in the national security community. Obama overruled the advice of his CIA director, Leon Panetta, and four prior CIA directors by releasing the details of the enhanced interrogation program. Former CIA director Michael Hayden immediately responded by saying the action will make it more difficult for the CIA to defend the nation.
As former CIA Director Hayden says, “”The (harsh) techniques themselves were used selectively against only a small number of hard-core prisoners who successfully resisted other forms of interrogation, and then only with the explicit authorization of the director of the CIA … fully half of the government’s knowledge about the structure and activities of Al Qaeda came from those interrogations.”
The U.S. does not torture. The memos laid out the extent of exactly how far we could go before it would become torture, because it was important not to cross a line into torture. A major hold up in releasing prisoners from Guantanamo has been obtaining guarantees from other governments that they will not torture prisoners who are returned to them. Guantanamo and prisons in Afghanistan are completely consistent with our international obligations. The United States has violated no laws.
Former Vice President Dick Cheney is asking why President Obama simultaneously withheld other classified memos demonstrating what those interrogation techniques produced. They “show specifically what we gained as a result of this activity. They have not been declassified, and I am formally requesting it,” Cheney said.
Rep. Peter Hoekstra (R-MI), the former Chairman of the Intelligence Committee, said it was not necessary to release details of the enhanced interrogation techniques, “because members of Congress from both parties have been fully aware of them since the program began in 2002. We believed it was something that had to be done in the aftermath of the 9/11 terrorist attacks to keep our nation safe. After many long and contentious debates, Congress repeatedly approved and funded this program on a bipartisan basis in both Republican and Democratic Congresses.”
It has also been revealed that the CIA briefed top lawmakers on the House and Senate intelligence committees more than 30 times about this program. The techniques are now controversial but they were not in years past. Congress could have killed the program at any time by withholding funding.
Dennis Blair, the National Intelligence Director, in a memo last week to his staff, also said Congress had been notified of the tactics: “From 2002 to 2006 when the use of these techniques ended, the leadership of the CIA repeatedly reported their activities both to Executive Branch policymakers and to members of Congress, and received permission to continue to use the techniques.”
Blair got it right when he noted how easy it is to condemn this “on a bright sunny day in April 2009.” In addition, George Tenet, who served as CIA director under Presidents George W. Bush and Bill Clinton, believes the enhanced interrogations program saved lives.
The tactics outlined in the CIA memos are the same techniques used on Americans for training purposes. Everything that was done in this program are tactics that our own people go through in SERE (Survival, Evasion, Resistance and Evasion) training. We did not torture our own people.

Did the United States Torture Prisoners? by Gregory Hilton 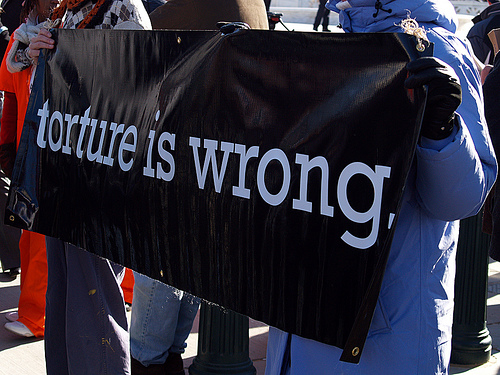 Today President Obama said “A democracy as resilient as ours must reject the false choice between our security and our ideals, and that is why these methods of interrogation are already a thing of the past.” The President released five “torture memos” compiled during the Bush administration and he vowed never to use these techniques again. Many news reports are now claiming our nation used torture and that it was not effective.
The techniques were brutal, but they did not fall under the definition of torture and they clearly saved lives. The U.S. violated no anti-torture laws. The use of these techniques does not inflict either physical or psychological damage. As former CIA Director Hayden says, “”The (harsh) techniques themselves were used selectively against only a small number of hard-core prisoners who successfully resisted other forms of interrogation, and then only with the explicit authorization of the director of the CIA … as late as 2006 fully half of the government’s knowledge about the structure and activities of Al Qaeda came from those interrogations.” Former CIA Director George Tenet maintains, “I know that this program has saved lives. I know we’ve disrupted plots. I know this program alone is worth more than [what] the FBI, the [CIA], and the National Security Agency put together have been able to tell us.” Former National Intelligence Director Mike McConnell has said, “We have people walking around in this country that are alive today because this process happened.”
The most important legacy from the administration of former President George W. Bush is that the nation remained safe from attacks after September 11, 2001. The terrorist plots directed at America all failed, while they were successful in Spain, London, Indonesia and India. There appears to be little appreciation of this accomplishment while considerable sympathy is being expressed for the enemy combatants being held at Guantanamo Bay.
The United States has always been far more conservative than any other country or entity in our military doctrines. We don’t behead innocent people as examples. We don’t hold troops for years and subject them to beatings, torture and starvation. America does not train its children to kill, and we don’t use mentally challenged individuals as suicide bombers.
If the CIA or our military is guilty of torture those individuals should be prosecuted. However, President Obama has already told us this is not going to happen. I have read the memos and they prove to me we did not torture.
Secretary of State Colin Powell and his deputy Richard Armitage both worked from day one on the Guantanamo situation. For example, Ambassador Pierre Prosper, the U.S. envoy for war crimes issues, was under a barrage of questions and directions almost daily from Powell or Armitage to repatriate every detainee who could be repatriated. As early as 2004, Deputy Secretary of Defense Gordon England was calling for Guantanamo to be shut down. President Bush also said he wanted the facility closed.
Finally, the United States has been waterboarding its own special forces troops for years to prep them for being captured, and that’s mild compared to other things they are subjected too in training.