I am a conservative Republican who enthusiastically wants my party to win, but I am an American first. That is why I cannot ignore the clear and present danger the Ron Paul Revolution presents to our national security. Republicans made a mistake in 2008 by ignoring the Ron Paul challenge. Their response was understandable because everyone knew the Congressman would not win. He failed in every primary and did not carry one county. His own Congressional District rejected him. John McCain and Rudy Giuliani forcefully answered him in some of the debates, but the general policy was to smile at the Texan because the GOP did not want to alienate his libertarian supporters.
This attitude could be repeated in 2012, but it would be a mistake because over the past four years Ron Paul has been triumphant. Ron Paul will not win the 2012 GOP nomination. He knows that and we know that. The Ron Paul Revolution is not about the nomination. Its goal is fundamentally changing the Republican Party, and they have had considerable success.view Why am I focusing on Rep. Ron Paul Mike Chumbley of Salem, Oregon writes: “Is bashing Ron Paul in every post what I can expect in the future? Paul has no chance of election so why not move on to meatier issues?” You can expect far more Ron Paul criticism from me in the future. I have only just begun. I am a Republican and a conservative, but I am an American first. I want Republicans to win but I cannot ignore a clear and present danger to our national security. When confronted with such an obvious threat I cannot look the other way even if it results in a gain for my political party. END_OF_DOCUMENT_TOKEN_TO_BE_REPLACED

The Inside Story: Why a Ron Paul Disciple Left His Ranks by Gregory Hilton

David Bahnsen of Newport Beach, California is a Senior Vice President of Morgan Stanley, and also serves on the Board of Advisors of the California Recovery Project with Dr. Arthur Laffer. Bahnsen has abandoned his earlier support of the Ron Paul crusade, and now describes himself as an “economically literate Republican.” He wrote the recent article “The Undiscerning and Dangerous Appreciation of Ron Paul.” END_OF_DOCUMENT_TOKEN_TO_BE_REPLACED

Another Bad Idea From Ron Paul: Letters of Marque and Reprisal by Gregory Hilton 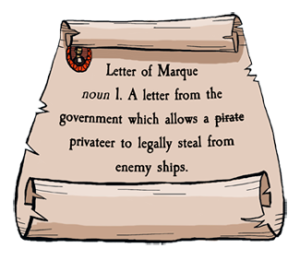 “The Constitution gives Congress the power to issue Letters of Marque and Reprisal when a precise declaration of war is impossible due to the vagueness of the enemy. . . Pirates were the terrorists in the days of our founders and held no allegiance to any nation – the same as the terrorists of today. Our wise founders left us with the solution where mercenaries could be hired and given the authority to hunt down and bring terrorists to justice.” – Congressman Ron Paul

Rep. Ron Paul (R-TX) believes it was wrong to use Navy SEALs to kill Osama bin Laden. He says it was “absolutely not necessary,” and falsely claims it cost $1 trillion to kill the al-Qaeda leader. He arrived at that figure by adding up all military expenses related to terrorism, Iraq and Afghanistan since 2001. Paul says his plan would have accomplished the same goal for only $500 million.
The Congressman also does not approve of the war on terrorism and his solution is to stop using the U.S. military because it so expensive.
Paul believes we could capture or kill all of the terrorists by bringing back an ancient custom known as Letters of Marque and Reprisal.
They would offer a cash bounty for every terrorist killed or captured. There is nothing wrong with offering large rewards for prominent individuals such as Osama bin Laden, Saddam Hussein and Mullah Omar.
Rewards should continue to be offered, but no one has collected the bounty for bin Laden. That is not too surprising because private individuals do not have the resources of a government which allows the use of technology such as satellites and drones.
There are many problems with what Congressman Paul is proposing. Letters of Marque and Reprisal have not been used in the U.S. since 1815, and they were outlawed by the 1856 Treaty of Paris which ended the Crimean War.
No government uses these Letters today, but Paul foolishly says allowing their use would save taxpayers enormous amounts of money. Instead of using the U.S. military, he wants to outsource major portions of the war on terror to privateers. Since 2002, Paul has continually introduced legislation calling for the revival of these Letters, but no lawmaker has co-sponsored the legislation.
Were Letters of Marque and Reprisal Successful in Stopping the Pirate Problem?
No. Pirates were a problem during the late 18th and early 19th centuries. These letters authorized privateers but this only made the situation worse. Privateers such as “Captain” William Kidd ended up switching sides and becoming famous pirates. Ample evidence of this is provided in Mercenaries, Pirates and Sovereigns by Janice Thompson. The pirate problem was not solved until governments became involved.
Why Did The U.S. Government Use Letters of Marque and Reprisal?
The U.S. Navy lost 24 ships during the Revolutionary War and at one time it was reduced to just two vessels. When the Navy was restored following the war of 1812, the privateers were no longer necessary.
What Are The Problem Areas?

Ron Paul wants private citizens to operate as privateers in areas such as Somalia and Kandahar, Afghanistan. It would be similar to vigilantism. There are excellent reasons why the United States abandoned Letters of Marque and Reprisal in 1815, and you can always count on Ron Paul and the libertarians to come up with the worst possible solution to any problem.

Editorial Note: Stormy Luttrell Jackson of Marco Island, Florida is an active member of the isolationist Constitution Party, and a vigorous supporter of Ron Paul’s 2012 presidential campaign. She says “I will defend Ron Paul to the end, this man makes sense. . . The war-mongering George W. Bush wouldn’t negotiate peace. He didn’t want Osama bin Laden. He wanted Afghanistan!”’
Jackson, 47, describes herself as “very stubborn and determined. If I believe in something and do not agree with you, I will argue my point to the end.” END_OF_DOCUMENT_TOKEN_TO_BE_REPLACED

Would Ronald Reagan Have Endorsed Ron Paul? by Gregory Hilton

Similar to any Republican president, Ronald Reagan endorsed all GOP House and Senate candidates. This included liberal Republicans such as Senators Mark Hatfield (OR), Lowell Weicker (CT), and Arlen Specter (PA), as well as Rep. Ron Paul (R-TX).
The difference is Paul has taken an old endorsement from a Congressional race and attempted to make it appear Reagan endorsed the Texan as a national candidate. Nothing could be further from the truth. Rep. Paul has misrepresented the Reagan pro forma endorsement for decades and his action has been condemned by top Reagan aides.
This was a significant issue during the 2008 presidential campaign. In the New Hampshire primary, the most prominent Paul TV ad closed with the narrator saying: “We need to keep him fighting for our country,” and the words are attributed to Reagan. This was surprising because it came from the same Ron Paul who told the Dallas Morning News the Reagan presidency was a “dramatic failure.”
The endorsement controversy was addressed in the February 11, 2008 issue of Newsweek:
“Paul uses a longer version of the quotation on his Web page: ‘Ron Paul is one of the outstanding leaders fighting for a stronger national defense. As a former Air Force officer, he knows well the needs of our armed forces, and he always puts them first.’ – Ronald Reagan
“Ron Paul’s embrace of Reagan’s legacy represents a significant change of heart. Actually, it’s the second time that Paul has changed his mind about Reagan. After endorsing Reagan for president in 1976 and again in 1980, Paul became disenchanted, leaving the Republican party in 1987. The following year, he told the Los Angeles Times on May 10, 1988: “The American people have never reached this point of disgust with politicians before. I want to totally disassociate myself from the Reagan Administration.”
“Paul’s disaffection started early in Reagan’s presidency: ‘Ronald Reagan has given us a deficit 10 times greater than what we had with the Democrats,’ Paul told the Christian Science Monitor in 1987, ‘It didn’t take more than a month after 1981, to realize there would be no changes.’
“Sometime between 1988 (during Paul’s run for the presidency on the Libertarian Party ticket) and 1996 (when Paul, running as a Republican once more, successfully ousted an incumbent House member in a GOP primary), Paul once again embraced Reagan’s legacy.
“The New York Times reported then that Paul had used the longer version of the Reagan quote in a videotape sent to 30,000 households. According to the Times, Reagan’s former attorney general, Edwin Meese III, flew to Texas ‘to insist that Mr. Reagan had offered no recent endorsements.’
“We were unable to document Reagan’s endorsement of Paul. When we asked the Paul campaign for documentation, a spokesperson told us that the campaign was ‘a little more focused on positive things.’ The Paul campaign did not provide the Times with a date for the quotation in 1996, either.” 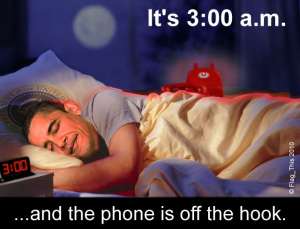 It’s 3 a.m., and your children are safe and asleep, but there’s a phone in the White House, and it’s ringing. Libyan fighter planes are bombing the rebels. For two decades Libya has been funding the FARC, which is responsible for two-thirds of the cocaine entering America. Libya ordered the murder of Pan AM Flight 103, and they trained and equipped practically every terrorist group. END_OF_DOCUMENT_TOKEN_TO_BE_REPLACED

Rep. Ron Paul (R-TX) was first elected in 1976 but has never authored any legislation to stop illegal immigration. This has occurred despite the fact he represents Texas which has the nation’s longest border with Mexico.
He is against the E-Verify program to stop employers from hiring illegal aliens. In fact, he is against all laws prohibiting employers from hiring illegal aliens. He opposes Arizona’s get tough policies and the deportation of people who are here illegally. If a state wants open borders that is fine with him. NumbersUSA gives him an “F” rating on immigration.
When he ran for president in 1988 as a Libertarian, Paul advocated the official policy of his party. He said, “As in our country’s first 150 years, there shouldn’t be any immigration policy at all. We should welcome everyone who wants to come here and work.” At the same time he advocated the complete elimination of the Border Patrol, which he said was unconstitutional. END_OF_DOCUMENT_TOKEN_TO_BE_REPLACED

The DC World Affairs Blog
Create a free website or blog at WordPress.com.